Hypnotic Suggestion—Can You Take It?
by Karen Hand, BCH, CI 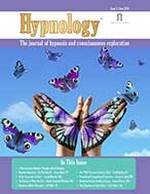 Published in Hypnology
There is no need to make hypnosis complicated. Despite what stage hypnotists would like the audience to believe, there’s nothing very magical or mysterious about hypnotic suggestion. Anything can potentially be hypnosis. Everyone can and does accept suggestion. And all hypnosis is self-hypnosis.

So, are you willing to accept suggestions from your clients? Oh the things your clients will teach you...if you will just let them!

I recently received a call from a man who wondered if I could do in reverse what he saw a stage hypnotist do in a show. The client wanted to be able to eat and enjoy fish.  He witnessed the stage hypnotist change the taste buds of the show participants from enjoying a lollipop, to thinking the lollipop tasted like poop. And he wondered if I could change his taste buds from being revolted by fish to thinking it actually tasted good.

After all, the client had already told me he believed in “the magic” of Hypnosis.  He’d witnessed it with his own eyes. He told me he had a desire to not only eat fish...but to like it. And as I remained curious, he also told me that when he was a child, his mother “forced” him to eat fish sticks on Friday every year during Lent.  We scheduled the appointment for the first opening in my calendar.

I don’t use a videotaped pre-talk because every single client is different. Some of them want to know the “science” behind the magic. Some of them want to be “fixed”. Some of them even want to prove that it’s not their fault that they’re in a certain situation because “even hypnosis won’t work on them!” The pre-talk is the place where the client suggests to me exactly what I can do to make the session a success!

I request that my clients come in with an open mind...so I give them the same respect. I greet them with a curious open mind to find out what led them to their current belief pattern. Some of the hypnosis begins right there as I’m discovering how they arrived at their pattern of thinking and at the same time, in questioning, opening their eyes to ingrained thinking/self talk that may no longer be valid or useful.

In this case, I asked the client about being “forced” to eat fish sticks as a child and he backed off from that original description. He said his mom didn’t “force” him to eat the fish, but the kids in his family ate what mom put on the table or they went hungry. He volunteered that he had no animosity toward his mom; he just couldn’t put enough ketchup or tartar sauce on the fish to stand the taste.